Description : The author of the best-selling The Great Depression of 1990 offers a critique of the economic ideas of the nation's current leaders and presents a program for stimulating the economy through higher tariffs. 60,000 first printing. $100,000 ad/promo.

Description : Ingenious automatons which appeared to think on their own. Dubious mermaids and wild men who resisted classification. Elegant sleight-of-hand artists who routinely exposed the secrets of their trade. These were some of the playful forms of fraud which astonished, titillated, and even outraged nineteenth-century America's new middle class, producing some of the most remarkable urban spectacles of the century. In The Arts of Deception, James W. Cook explores this distinctly modern mode of trickery designed to puzzle the eye and challenge the brain. Championed by the "Prince of Humbug," P. T. Barnum, these cultural puzzles confused the line between reality and illusion. Upsetting the normally strict boundaries of value, race, class, and truth, the spectacles offer a revealing look at the tastes, concerns, and prejudices of America's very first mass audiences. We are brought into the exhibition halls, theaters, galleries, and museums where imposture flourished, and into the minds of the curiosity-seekers who eagerly debated the wonders before their eyes. Cook creates an original portrait of a culture in which ambiguous objects, images, and acts on display helped define a new value system for the expanding middle class, as it confronted a complex and confusing world. 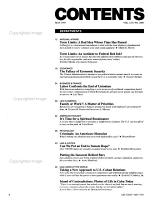 Description : This book reveals a labyrinth of connecting conspiracies buried within and by the military, industry scientists and public health officials who suspiciously rallied to cover key information about fluoride's potential for human harm. Bryson shows us how it is not only fluoride's use in dentistry which is poisoning the public, but also through air pollution damaging our central nervous systems and possibly causing a host of modern illnesses, including arthritis, cancer and Alzheimer's. A disturbing yet gripping read which will instil a dark sense of doubt in any reader.

Description : The first book to tell you how to confront the New Age The threat is growing. So not only do we need to understand the New Age, we need to stem the tide of this growing religious movement. Here's the first book that tells how. You'll find all you need to know for: - Witnessing to New Age adherents - Identifying New Age influences in business seminars - Exposing New Age curriculum in our public schools - Discerning New Age influences in pop psychology, biofeedback therapy, visualization, and New Age music This book takes you a step beyond other books with its practical advice and sound suggestions. 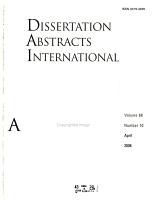