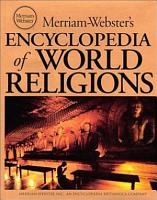 Description : A beautifully designed volume that provides in-depth information about religions of the world. Features over 3,500 entries and 32 pages of color art and maps. Developed in cooperation with Encyclopdia Britannica.

Description : A concise guide covers the history, beliefs and practices, key leaders, and impact upon the modern world of major world religions, including Islam, Buddhism, Confucianism and Daoism, Hinduism, Judaism, and Christianity. 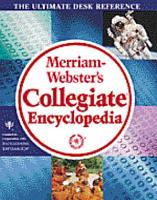 Description : This exhaustive volume catalogs nearly three thousand demons in the mythologies and lore of virtually every ancient society and most religions. From Aamon, the demon of life and reproduction with the head of a serpent and the body of a wolf in Christian demonology, to Zu, the half-man, half-bird personification of the southern wind and thunder clouds in Sumero-Akkadian mythology, entries offer descriptions of each demon’s origins, appearance and cultural significance. Also included are descriptions of the demonic and diabolical members making up the hierarchy of Hell and the numerous species of demons that, according to various folklores, mythologies, and religions, populate the earth and plague mankind. Very thoroughly indexed. 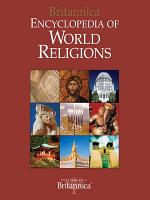 Description : A guide to the religions of the world and to the concepts, movements, people, and events that have shaped them. It includes features such as: entries on religious movements and concepts, historical and legendary figures, divinities, religious sites and ceremonies; images that show sacred places, vestments, rituals, objects, and texts; and more. 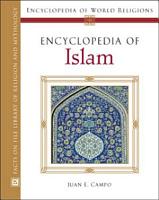 Description : Explores the terms, concepts, personalities, historical events, and institutions that helped shape the history of this religion and the way it is practiced today.

Description : Will Mormonism be the next world faith, one that will rival Catholicism, Islam, and other major religions in terms of numbers and global appeal? This was the question Rodney Stark addressed in his much-discussed and much-debated article, "The Rise of a New World Faith" (1984), one of several essays on Mormonism included in this new collection. Examining the religion's growing appeal, Rodney Stark concluded that Mormons could number 267 million members by 2080. In what would become known as "the Stark argument," Stark suggested that the Mormon Church offered contemporary sociologists and historians of religion an opportunity to observe a rare event: the birth of a new world religion. In the years following that article, Stark has become one of the foremost scholars of Mormonism and the sociology of religion. This new work, the first to collect his influential writings on the Mormon Church, includes previously published essays, revised and rewritten for this volume. His work sheds light on both the growth of Mormonism and on how and why certain religions continue to grow while others fade away. Stark examines the reasons behind the spread of Mormonism, exploring such factors as cultural continuity with the faiths from which it seeks converts, a volunteer missionary force, and birth rates. He explains why a demanding faith like Mormonism has such broad appeal in today's world and considers the importance of social networks in finding new converts. Stark's work also presents groundbreaking perspectives on larger issues in the study of religion, including the nature of revelation and the reasons for religious growth in an age of modernization and secularization.

Description : The Britannica Encyclopedia of World Religions gives students greater insight into the stories behind the headlines by providing in-depth coverage of the religions that shape the world. This authoritative and comprehensive book answers your questions and exposes you to the concepts, movements, people, and events associated with living and ancient religions, including Buddhism, Christianity, Hinduism, Islam, and Judaism.

Description : What do you think of when you look at the cross and the crucifix? Do they hold sacred and religious value for you? After reading this book, your perception may change; the church's use of these symbols has for centuries concealed facts regarding their true origins. The author reveals these findings in this stunning expose. His research includes historical accounts of Christianity's conspiracy and divulges the true meaning of the cross as a satanic symbol. The author states: 'For centuries after Christ, the church and other religions that use cruciform symbols have misrepresented the physica.