Description : How does one read across cultural boundaries? The multitude of creative texts, performance practices, and artworks produced by Indigenous writers and artists in contemporary Australia calls upon Anglo-European academic readers, viewers, and critics to respond to this critical question. Contributors address a plethora of creative works by Indigenous writers, poets, playwrights, filmmakers, and painters, including Richard Frankland, Lionel Fogarty, Lin Onus, Kim Scott, Sam Watson, and Alexis Wright, as well as Durrudiya song cycles and works by Western Desert artists. The complexity of these creative works transcends categorical boundaries of Western art, aesthetics, and literature, demanding new processes of reading and response. Other contributors address works by non-Indigenous writers and filmmakers such as Stephen Muecke, Katrina Schlunke, Margaret Somerville, and Jeni Thornley, all of whom actively engage in questioning their complicity with the past in order to challenge Western modes of knowledge and understanding and to enter into a more self-critical and authentically ethical dialogue with the Other. In probing the limitations of Anglo-European knowledge-systems, essays in this volume lay the groundwork for enter¬ing into a more authentic dialogue with Indigenous writers and critics. Beate Neumeier is Professor and Chair of English at the University of Cologne. Her research is in gender, performance, and postcolonial studies. Editor of the e-journal Gender Forum and the database GenderInn, she has published books on English Re¬naissance and contemporary anglophone drama, contemporary American and British-Jewish literature, and women’s writing. Kay Schaffer, an Adjunct Professor in Gender Studies and Social Analysis at the University of Adelaide. is the author of ten books and numerous articles at the intersections of gender, culture, and literary studies. Her recent publications address the Stolen Generations in Australia, life narratives in human-rights campaigns, and readings of contemporary Chinese women writers.

Description : British imperialism was almost unparalleled in its historical and geographical reach, leaving a legacy of entrenched social transformation in nations and cultures in every part of the globe. Colonial annexation and government were based on an all-encompassing system that integrated and controlled political, economic, social and ethnic relations, and required a similar annexation and control of natural resources and nature itself. Colonial ideologies were expressed not only in the progressive exploitation of nature but also in the emerging discourses of conservation. At the start of the 21st century, the conservation of nature is of undiminished importance in post-colonial societies, yet the legacy of colonial thinking endures. What should conservation look like today, and what (indeed, whose) ideas should it be based upon? Decolonizing Nature explores the influence of the colonial legacy on contemporary conservation and on ideas about the relationships between people, polities and nature in countries and cultures that were once part of the British Empire. It locates the historical development of the theory and practice of conservation - at both the periphery and the centre - firmly within the context of this legacy, and considers its significance today. It highlights the present and future challenges to conservationists of contemporary global neo-colonialism The contributors to this volume include both academics and conservation practitioners. They provide wide-ranging and insightful perspectives on the need for, and practical ways to achieve new forms of informed ethical engagement between people and nature.

Description : Dissatisfaction has matured in Africa and elsewhere around the fact that often, the dominant frameworks for interpreting the continent's past are not rooted on the continent's value system and philosophy. This creates knowledge that does not make sense especially to local communities. The big question therefore is can Africans develop theories that can contribute towards the interpretation of the African past, using their own experiences? Framed within a concept revision substrate, the collection of papers in this thought provoking volume argues for concept revision as a step towards decolonizing knowledge in the post-colony. The various papers powerfully expose that 'cleansed' knowledge is not only locally relevant: it is also locally accessible and globally understandable.

Description : The Routledge Companion to Criticality in Art, Architecture, and Design presents an in-depth exploration of criticism and criticality in theory and practice across the disciplines of art, architecture, and design. Professional criticism is a vital part of understanding the cultural significance of designed objects and environments that we engage with on a daily basis, yet there is evidence to show that this practice is changing. This edited volume investigates how practitioners, researchers, educators, and professionals engage with, think about, and value the practice of critique. With contributions from a multi-disciplinary authorship from nine countries - the UK, USA, Australia, India, Netherlands, Switzerland, South Africa, Belgium, and Denmark - this companion provides a wide range of leading perspectives evaluating the landscape of criticality and how it is being shaped by technological and social advances. Illustrated with over 60 black and white images and structured into five sections, The Routledge Companion to Criticality in Art, Architecture, and Design is a comprehensive volume for researchers, educators, and students exploring the changing role of criticism through interdisciplinary perspectives. 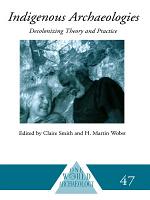 Description : "This volume argues that the Scandinavian ""Viking Age"" can be seen as a system of knowledge constructed in the late 19th century and in its basic structures maintained up to the present day. This system of knowledge was heavily influenced by the nationalis"

Description : This multidisciplinary collection probes ways in which emerging and established scholars perceive and theorize decolonization and resistance in their own fields of work, from education to political and social studies, to psychology, medicine, and beyond. In this time of renewed global spiritual awakening, indigenous communities are revisiting ways of knowing and evoking theories of resistance informed by communal theories of solidarity. Using an intersectional lens, chapter authors present or imagine modes of solidarity, resistance, and political action that subvert colonial and neocolonial formations. Placing emphasis on the importance of theorizing the spirit, a discourse that is deeply embedded in our unique cultures and ancestries, this book is able to capture and better understand these moments and processes of spiritual emergence/re-emergence.

Description : This leading-edge volume explores how the inclusion of indigenous histories in analyses of colonialism, collaboration with contemporary communities and scholars across the subfields of anthropology, and the engagement with these histories and with indigenous peoples contributes constructively to the decolonization of archaeology as well as to broader projects of social justice.

Description : Museum exhibitions focusing on Native American history have long been curator controlled. However, a shift is occurring, giving Indigenous people a larger role in determining exhibition content. In Decolonizing Museums, Amy Lonetree examines the complexities of these new relationships with an eye toward exploring how museums can grapple with centuries of unresolved trauma as they tell the stories of Native peoples. She investigates how museums can honor an Indigenous worldview and way of knowing, challenge stereotypical representations, and speak the hard truths of colonization within exhibition spaces to address the persistent legacies of historical unresolved grief in Native communities. Lonetree focuses on the representation of Native Americans in exhibitions at the Smithsonian's National Museum of the American Indian, the Mille Lacs Indian Museum in Minnesota, and the Ziibiwing Center of Anishinabe Culture and Lifeways in Michigan. Drawing on her experiences as an Indigenous scholar and museum professional, Lonetree analyzes exhibition texts and images, records of exhibition development, and interviews with staff members. She addresses historical and contemporary museum practices and charts possible paths for the future curation and presentation of Native lifeways.

Description : This book challenges the commodification of sacred objects and places by western conservation thought by examining conservation activities at Maori marae?meeting houses?located in the US, Germany, and England, contrasted with changes in marae conservation in New Zealand.