Description : Cross-Training in the Voice Studio: A Balancing Act is an innovative resource for teachers and students of singing in today's evolving professional landscape. Saunders Barton and Spivey offer an inside view of their applied studios and the results of the cross-training process. As vocal performance demands continue to change, singers must adapt in order to stay competitive in the job market. The authors address this challenge and provide a practical technical approach to developing the most flexible and resilient singing voices - the essence of their philosophy of "bel canto can belto," embracing classical and vernacular styles. Key Features In-depth chapter on resonance/registration for voice buildingCross-training in the academic vs. the private studioCross-training with repertoireCoverage of multi-disciplinary training: how acting, speech, movement, and dance support studio effortStudent recordings enhance concepts within the text Cross Training in the Voice Studio: A Balancing Act is a must-read for anyone in the singing profession seeking insight on cross-training.

Description : "So You Want to Sing with Awareness brings together a variety of topics related to bodywork and mindfulness routinely practiced by singing teachers. Each chapter is written by a specialist in the field who has successfully adapted a specific method and integrated its core concepts into their pedagogy"--

Description : A Systematic Approach to Voice: The Art of Studio Application is a professional resource presenting a framework for the integration of science-informed principles of voice production and pedagogical application in the training of singers. Author Dr. Kari Ragan has spent years using this organizational template of the five voice systems—respiration, phonation, registration, articulation, and resonance—to identify technical challenges and design corrective vocal exercises in order to facilitate efficient singing. Each of the voice system chapters contains a brief overview of the mechanics as well as key points for teachers, or “teacher takeaways.” The book’s core offering is vocal exercises which, framed within a systematic approach, provide strategies for the art of studio application. The intent is an approach that leads to technically proficient singing working in service of great artistry. Key Features: * Over 85 vocal exercises for studio application framed within a systematic approach for both a CCM and classical aesthetic * Brief overview of the mechanics of each voice system and relevant “teacher takeaways” * Extensive discussion on semi-occluded vocal tract (SOVT) exercises * Introduction of several kinesthetic singing tools * Eight sample warm-up protocols designed for various levels of singers and both CCM and classical genres * Video demonstrations for each vocal exercise and sample warm-up 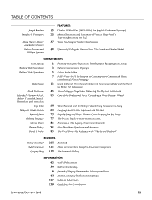 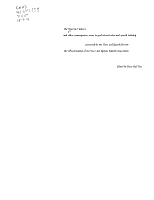 Description : (Applause Books). This collection from The Voice and Speech Trainers Association focuses on the voice in stage violence, addressing such questions as: * How does one scream safely? * What are the best ways to orchestrate voices in complex battle scenes? * How to voice coaches work collaboratively with fight directors and the rest of the creative team? * What techniques are used to re-voice violent stunt scenes on film? * How accurate are actor presentations of extreme emotion? * What is missing from many portrayals of domestic violence? Written by leading theatre voice and speech coaches, the volume contains 63 articles, essays, interviews and reviews covering a wide variety of professional concerns.

Description : "Mr. Vonnegut dreams up diabolically elegant business crimes, then sends smart-talking characters to follow the money. He draws upon his own Wall Street experience (with Morgan Stanley, among other employers) to provide the sound of insider acumen.... There's enough novelty to this plot to set "The Trust" apart from garden-variety business thrillers, the ones in which Bernard Madoff stand-ins run Ponzi schemes. Anyway, Mr. Vonnegut is just getting started." -The New York Times Norb Vonnegut lends his unique insider's perspective and his darkly humorous writing to a fast-talking suspense thriller that takes readers inside the high-rolling world of global finance. One sultry morning in Charleston, South Carolina, real estate magnate Palmer Kincaid's body washes ashore, the apparent victim of accidental drowning. Palmer's daughter calls Grove O'Rourke, stockbroker and hero of Top Producer, for help getting her family's affairs in order. Palmer was Grove's mentor and client, the guy who opened doors to a world beyond Charleston. Grove steps in as the interim head of the Palmetto Foundation, an organization Palmer created to encourage philanthropy. Community foundations, like the Palmetto Foundation, are conduits. Philanthropists gift money to them and propose the ultimate beneficiaries. But in exchange for miscellaneous benefits-anonymity, investment services, and favorable tax treatment-donors lose absolute control. Once funds arrive, community foundations can do whatever they decide. For years Palmer showed great sensitivity to his donors, honoring their wishes to funnel funds into the charities of their choice-his unspoken pledge-and it was this largesse which made him a respected pillar of the Charleston community. But after Grove authorizes a $25 million transfer requested by a priest from the Catholic Fund, he discovers something is terribly wrong. He gets a call from Biscuit Hughes, a lawyer representing the people of Fayetteville, North Carolina, against a new sex superstore in their town. Biscuit has traced the store's funding to a most unlikely source: the Catholic Fund. Together, Grove and Biscuit launch an investigation into the fund, but the deeper they dig, the more evidence they find that the fund's money isn't being used to support the impoverished-it's going somewhere much more sinister. When someone close to him disappears and the FBI starts breathing down his neck, Grove knows he has to figure out who's pulling all the strings before the shadowy figure who will stop at nothing to keep the fund a secret gets to him. 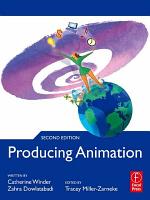 Description : You have a useful library of books covering the tools, techniques and aesthetics of animation, but you've been asked to put your production and creative skills to the test to produce a theatrical feature film or to deliver 52 episodes of a television series with only 18 months in the schedule. Producing Animation is your answer. Written by Catherine Winder and Zahra Dowlatabadi and edited by Tracey Miller-Zarneke, Producing Animation is a comprehensive guide to the production industry. Already a relied upon resource by professionals and students alike, this book covers the process from script to screen while defining the role of the producer at each phase. The second edition features new content such as sidebars on key topics from industry experts, discussions on CG, 2D and stereoscopic production processes, and an overview on marketing and distributing your project. The companion website provides access to sample tables, templates and workflow outlines for CG and 2D animation production. 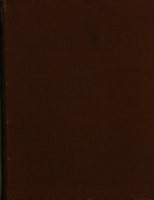