Description : Terrible secrets hang over Bradford Hall that no amount of riches or social position can hide forever.... Charlotte Dear, By the time you read this, I will be gone.... I have felt for some time that someone was trying to kill me, but I have been unsure just who and how. That is for you to find out, my dear. Remember, follow Mr. Herbert's instructions carefully. Love you always, Aunt Victoria Charlotte Bradford is a beautiful heiress who works at her father's prestigious art gallery. For Charlotte and her police detective boyfriend, Jason Talbot, an unexpected note from a distant aunt soon has them entangled in a decades-old family mystery. From an aristocrat's stately home in Hitler's Berlin to a decaying Virginia mansion, what hangs on the walls, or perhaps even behind them, might just turn out to be a case of murder. 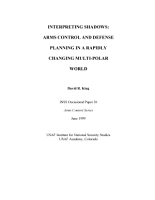 Description : Designed to provide the ideal solution for teaching junior science, New Star Science 3 books are aimed at the third primary school year. These teacher's notes provide a background to the unit as well as photocopiables and assessment material. The focus of this text is light and shadows.

Description : Provides descriptions of every kind of atmospheric and astronomical phenomena, including rainbows, sundogs, meteor showers, and eclipses.

Description : In these times of technological innovation and fast-paced electronic communication, we often take nature for granted—or even consider it a hindrance to our human endeavors. In Whispers and Shadows: A Naturalist’s Memoir, Jerry Apps explores such topics as the human need for wilderness, rediscovering a sense of wonder, and his father’s advice to “listen for the whispers” and “look in the shadows” to learn nature’s deepest lessons. Combining his signature lively storytelling and careful observations of nature, Apps draws on a lifetime of experiences, from his earliest years growing up on a central Wisconsin farm to his current ventures as gardener, tree farmer, and steward of wetlands, prairies, and endangered Karner blue butterflies. He also takes inspiration from the writings of Aldo Leopold, Annie Dillard, Henry David Thoreau, Sigurd Olson, Ralph Waldo Emerson, John Muir, Barbara Kingsolver, Wendell Berry, Richard Louv, and Rachel Carson. With these eloquent essays, Jerry Apps reminds us to slow down, turn off technology, and allow our senses to reconnect us to the natural world. For it is there, he writes, that “I am able to return to a feeling I had when I was a child, a feeling of having room to stretch my arms without interfering with another person, a feeling of being a small part of something much larger than I was, and I marvel at the idea.”

Description : Israel's Mossad is thought by many to be one of the most powerful intelligence agencies in the world. In Man in the Shadows, Efraim Halevy—a Mossad officer since 1961 and its chief between 1998 and 2002—provides an unprecedented portrait of the Middle East crisis. Having served as the secret envoy of prime ministers Rabin, Shamir, Netanyahu, Barak, and Sharon, Halevy was privy to many of the top-level negotiations that determined the progress of the region's struggle for peace during the years when the threat of Islamic terror became increasingly powerful. Informed by his extraordinary access, he writes candidly about the workings of the Mossad, the prime ministers he served under, and the other major players on the international stage: Yasir Arafat, Saddam Hussein, Hafiz al-Assad, Mu'amar Gadhafi, Bill Clinton, George H. W. Bush, and George W. Bush. From the vantage point of a chief in charge of a large organization, he frankly describes the difficulty of running an intelligence agency in a time when heads of state are immersed, as never before, in using intelligence to protect their nations while, at the same time, acting to protect themselves politically. Most important, he writes fiercely and without hesitation about how the world might achieve peace in the face of the growing threat from Islamic terrorist organizations. In this gripping inside look, Halevy opens his private dossier on events past and present: the assassination attempt by the Mossad on the life of Khaled Mashal, now the leader of Khammas; the negotiations surrounding the Israeli-Jordan Peace Accord and its importance for the stability of the region; figures in the CIA, like Jim Angleton and George Tenet, with whom he worked (Halevy even shares his feelings about Tenet's abrupt resignation). He tells the truth about what the Mossad really knew before 9/11. He writes candidly about assessing the threat of the proliferation of weapons of mass destruction in the region and beyond, and what this spells for the future of international stability and survival. He touches on the increasing visibility of the CIA in the Middle East and openly shares his misgivings about both the report of the 9/11 Commission and the Middle East road map to peace that was pressed on all sides of the conflict by the U.S. government. He looks at the terrorist attacks in Madrid and London and their far-reaching effects, and states the unthinkable: We have yet to see the worst of what the radical Islamic terrorists are capable of. Sure to be one of the year's most talked-about books, this fierce and intelligent account of will be a must-read for those looking to hear from a man who wielded his influence, in the shadows, to save the Middle East and the world from a never-ending cycle of violence and destruction.

Description : Conducting a nonthreatening and accessible conversation about an issue that is presently tearing many churches and denominations apart, Out of the Shadows, into the Light focuses on communication in hopes of creating reconciliation for the Christian community. With views from multiple perspectives, Out of the Shadows, into the Light shows how leading a congregation to discuss this controversial topic can lead to better understanding and facilitate reconciliation in a church. Contributors include: Marvin Ellison, Larry Kent Graham, Janis Hahn, Luis Leon, Irene Monroe, James Oraker, Ken Stone, and Mona West. 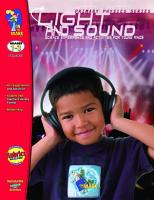